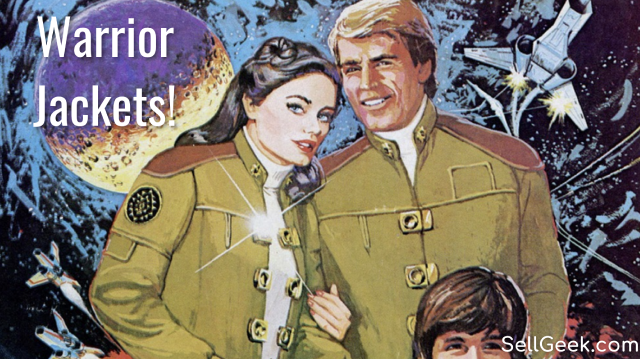 Battlestar Galactica: The Official Ships Collection is a collectible model line from Eaglemoss, existing from 2018 C.E. to 2020 C.E. as of this writing.

Selected ships and figurine offerings from both the Original Series (a.k.a. "Classic") and the Re-imagined Series (a.k.a. "Modern") are released as "issues" on an intermittent basis — sometimes as long as three or four months between releases — complete with a small magazine detailing behind-the-scenes information, interviews, and other factoids relating to each "issue" release.

Eaglemoss' offerings are static statuary are constructed of plastic, metals, and resins, with a weighted display stand upon which an acrylic holder suspends the ship for display. 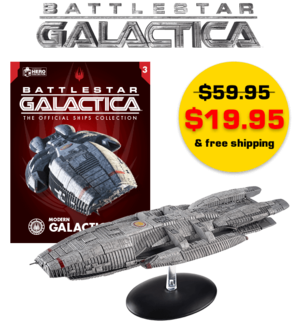 Following their success on collectible ships from the Star Trek line, entitled Star Trek: The Official Starships Collection, Eaglemoss branched out into other titles, including Doctor Who, Aliens, and Battlestar Galactica.

First launching the Battlestar Galactica line in 2018 via their subscription service, Eaglemoss tested the waters with the release of mainstay craft from the Re-imagined Series: Viper Mark II, Modern Cylon Raider, and Modern Galactica. To entice new subscribers to their subscription service, Eaglemoss offered the Modern Galactica at a price of $19.95 USD (including free shipping), with subsequent issues charged at $59.95 USD (including free shipping).

To commemorate the release of the Battlestar Galactica line, random recipients of the Viper Mark II received a William "Husker" Adama variant of the craft that featured Adama's tail number and nameplate as featured in the Miniseries. Recipients of the "Husker" variant, which had been shipped blind — so the individual would have to open the box, as the four-color packaging element did not ruin the surprise — also received a Certificate of Authenticity noting their unique number from the 250 numbered units.